About The Weight of Air

“Soulful, achingly honest . . . A potent addition to the literature on drug addiction and recovery.”—Kirkus Reviews (starred)

While his wife and two-year-old daughter watched TV in the living room, David Poses was in the kitchen, measuring the distance from his index finger to his armpit. He needed to be sure he could pull the trigger with a shotgun barrel in his mouth. Twenty-six inches. Thirty-two years old. More than a decade in a double life fueled by depression and heroin.

In his groundbreaking memoir, The Weight of Air, David chronicles his struggle to overcome mental illness and addiction. By age nineteen, he’d been through medical detox, inpatient rehab, twelve-step programs, and a halfway house. He saw his drug use as a symptom of depression, but the experts insisted that addiction was the problem. Over the next thirteen years, he went from one relapse to the next, drowning in guilt, shame, and secrets, until he finally found an evidence-based treatment that not only saved his life, but helped him thrive.

With grit, humor, and brutal honesty, David’s story exposes the danger in traditional recovery models: they actually increase stigma and the risk of overdose, relapse, and death. As depression and addiction rates skyrocket and overdose fatalities surge, The Weight of Air is a scathing indictment of our failed response to the opioid crisis—and proof that success is possible.

The Weight of Air by David Poses is an honest and captivating memoir about addiction, depression, relapse, and recovery. Though the book chronicles David’s personal experience, his story sheds light on misconceptions about addiction and mental health.

David is an incredible writer who makes you feel connected to his words. A quote that especially stuck with me was when he said; “I thought I deserved to suffer.” Many addicts are dehumanized and made to feel shame regarding their addiction, The Weight of Air is an important read that encourages addicts to let go of that shame.

Though I haven’t personally dealt with addiction, I was very touched by his story. I have friends who have struggled with addiction and my sister works in the mental health field so I’m painfully aware of the harsh realities addicts face. David’s story offers a new perspective and addresses major issues concerning the opioid crisis. The Weight of Air is a book of hope and knowledge that helps offer a light at the end of the tunnel. 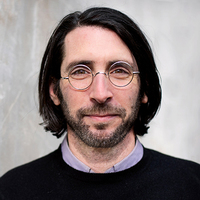 David Poses is a writer, speaker, and activist. After hiding his struggle with depression and opioids for 20 years, he started opening up and challenging conventional addiction wisdom. He has been published by the Washington Post, Los Angeles Times, and New York Daily News and has appeared on national TV programs, including The Doctors TV Show, and numerous radio shows and podcasts. With candor, humor, and a unique perspective informed by science and experience, he advocates for evidence-based approaches to drug policy, prevention, and treatment. David lives in New York with his wife and two kids and entirely too many guitars for such a mediocre player.

Thank you to TLC Book Tours and Sandra Jonas Publishing for sending me a copy for review.